All About Hobo Hammocks 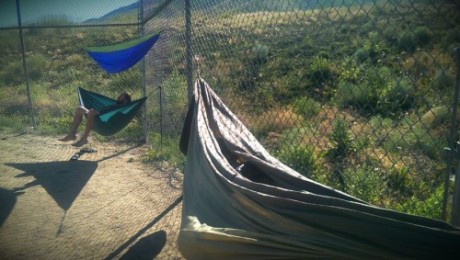 Hi there! I’m Jake, and I want to tell you all about Hobo Hammocks and how it got started! In 2015 I decided to start a hammock company! That’s when Hobo Hammocks was born. I enjoy keeping myself busy. VERY busy. Apart from running this business, I’m also currently a dentist. It takes up a lot of my time. However, I’ve been passionate about hammocking for a few years, and there has been an entrepreneurial seed in my heart for as long as I can remember, so I couldn’t stop myself from making the decision to start a hammock company during a short summer break between my first and second year of dental school.

In the summer of 2014, while studying for the National Board Dental Exams, my friend Spencer Pugmire and I decided to live out of our hammocks for the first part of summer so we could save up some money to travel to Thailand. We found an abandoned softball field and clipped our hammocks in to the chainlink fence on the backstop. Each day brought new surprises and stories.  I remember one morning in particular. It was time to get up and get to school. My buddy reached out of his hammock to grab his pants, and about 500 moths swarmed out of his pants and flew around him. For the rest of the day he kept finding more moths. In his shoes. In his motorcycle helmet. It was crazy!

One of the most difficult parts of being homeless was finding a place to shower every day. Remember, we were dental students, and dental schools aren’t typically too welcoming of students who smell like nature… Some days we found friends’ houses to shower at. Other days we used disposable wash cloths in the bathrooms at our school to clean up. I was surprised at how much time got eaten by these trivial to-dos that we take advantage of when we have a home to do them in. 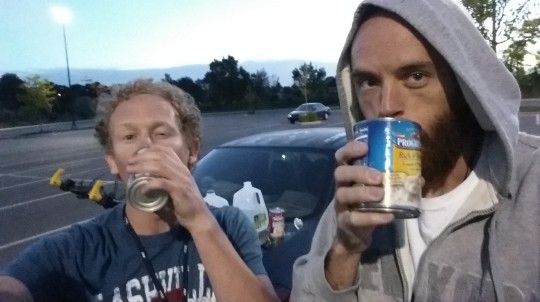 For our meals, we stored different flavors of Progresso soups in the back of our cars. I’m talking about the easy to open ones with the pull tabs! It was so incredibly hot outside that our black cars acted as microwave ovens. We would pull a can out of the trunk, flip the tab and eat it all up. On several occasions when we were feeling super loaded, we would drive on over to Kneaders for an all-you-can-eat French Toast breakfast. We’d gorge ourselves and that one meal would last us the entire day.

We got a ton of good laughs and fun experiences from those months of voluntary homelessness, and while doing it for this short time was an incredible adventure, it caused my mind to stir. I began thinking about the people who were permanently homeless.  What was stopping these people from changing their circumstance? I reasoned that it would be wise of them to find jobs, or at least relocate to more live-able climates. After all, I thought, anybody can get a job!

Eventually my curiosity got the best of me and I determined that I must meet some homeless people and get to know what they’re all about. I was so incredibly fascinated by the homeless culture and I thought that everyone else should be, too. One fateful Friday night, I found a pretty sweet girl and took her on our first date. Our destination? A park in Salt Lake City that is a bit famous for harboring the homeless (It is probably becoming more apparent why I am a single man). We brought enough donuts and hot chocolate for about 12 of them. Then, we listened. 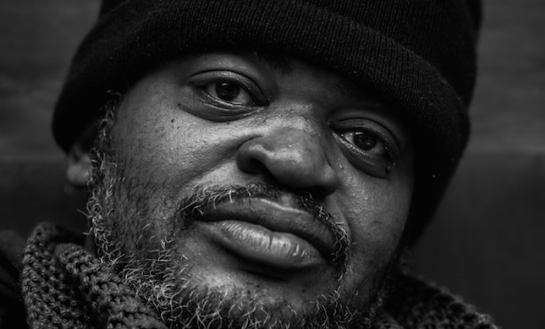 I asked what kept them in Salt Lake City, a place where the summer sun brought the pavement to a boil under their bare feet, and where winter winds could literally take your breath away. Their answers blew me away. “I stay so I can visit my kids that live with their mother just 10 minutes away from here.” “My mother is in a rest home just around the corner. She needs someone to check on her.” Each took their turn to talk about their families and how important it was to stay close to them. I was talking to real people who had a lot of love in their hearts. I suddenly could see a logical explanation for why they kept themselves in such a terrible situation.

But if they had family so close to them, why weren’t they living with them? The answer to this question didn’t take long to present itself. While they had families that were quite obviously very important to them, almost all of my homeless friends also had mental disabilities. Some were veterans who had suffered injuries leaving them incapacitated. Some had been in the wrong place at the time. Others had been in horrible, nasty, car accidents. Whatever their story, they all had one thing in common. Their injuries had left them incapable of work, and not mentally stable enough to support or be with their families permanently. It’s hard to explain in words what I learned that night, but all in one moment, I was no longer judging homeless people. I just wanted to make their situation a little better.

The idea of starting a hammock company came several months prior through a combination of ideas by my friend Spencer Pugmire, myself, other friends, and family, but I realized that night that I could use the company to do some serious good!

This was motivation enough to get me pushing things along, and I assure you I am PUSHING! I make dozens of mistakes every single day, but each mistake teaches me something new that I otherwise never would have learned. I don’t know what’s coming next, but I do know that it’s going to be awesome! I’ve never been so passionate about anything in my life!